Out of Draper, Utah, Grip6 is making a name for themselves through revolutionary, minimalist, recyclable belts. After speaking with Founder BJ Minson, it’s clear to see why. Their ingenuity in the manufacturing process and inventive design makes them Powerblanket’s winner for August’s Power Manufacturers Award.

Grip6 began as BJ Minson’s desire to get design experience after completing his engineering degree. He started making products for himself, including a belt that shed typical notch and buckle conventions. After giving them as gifts to friends and family, word spread quickly. As a result, he created a kickstarter project and soon had over 10,000 orders.

Initially, Grip6 wanted to outsource domestically to US manufacturers, but high prices led Minson to continue producing the belts in-shop. This was even more possible due to his engineering background, which led him to design his own production machines. Swarmed with positive feedback, people began asking, “Where’s your website? I want more.” Minson decided to take things to the next level. 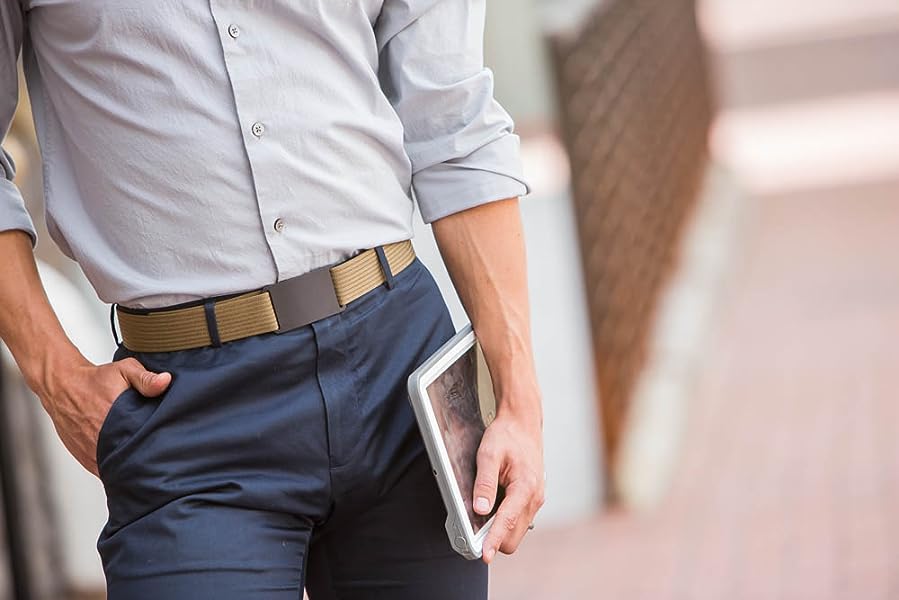 Without bulky buckles, pins, prongs, or screws, Grip6 belts redefine minimalism. They use a reinforced, anodized, aluminum buckle and a Nylon 6,6 strap. According to Grip6, “Nylon 6,6 is more rigid [than traditional Nylon 6], has better tensile strength, has superior abrasion resistance, and can withstand higher temperatures before melting.” With an almost indestructible product, Grip6 gives a lifetime guarantee (or “guaran-damn-tee”). Clearly, long-lasting quality is top priority for Grip6, along with style and function.

Economically-minded and future oriented, Grip6 feels strongly about local manufacturing. After four years of working with various manufacturers in the US, they were left wanting: from slower delivery, to lower product quality, they determined they could do better. With custom-created manufacturing equipment, they efficiently quadrupled their production using the same number of employees. They created better quality products at a lower cost than anyone else, producing close to what a Chinese company would turn out if they were to outsource. In addition, Chinese import tariffs don’t affect Grip6, giving them an edge on the competition.

Powerblanket appreciates Grip6’s process and philosophy as they challenge the status quo. They have taken success into their own hands. Though BJ Minson wouldn’t say so; his humility surrounding the company’s success is heartfelt.