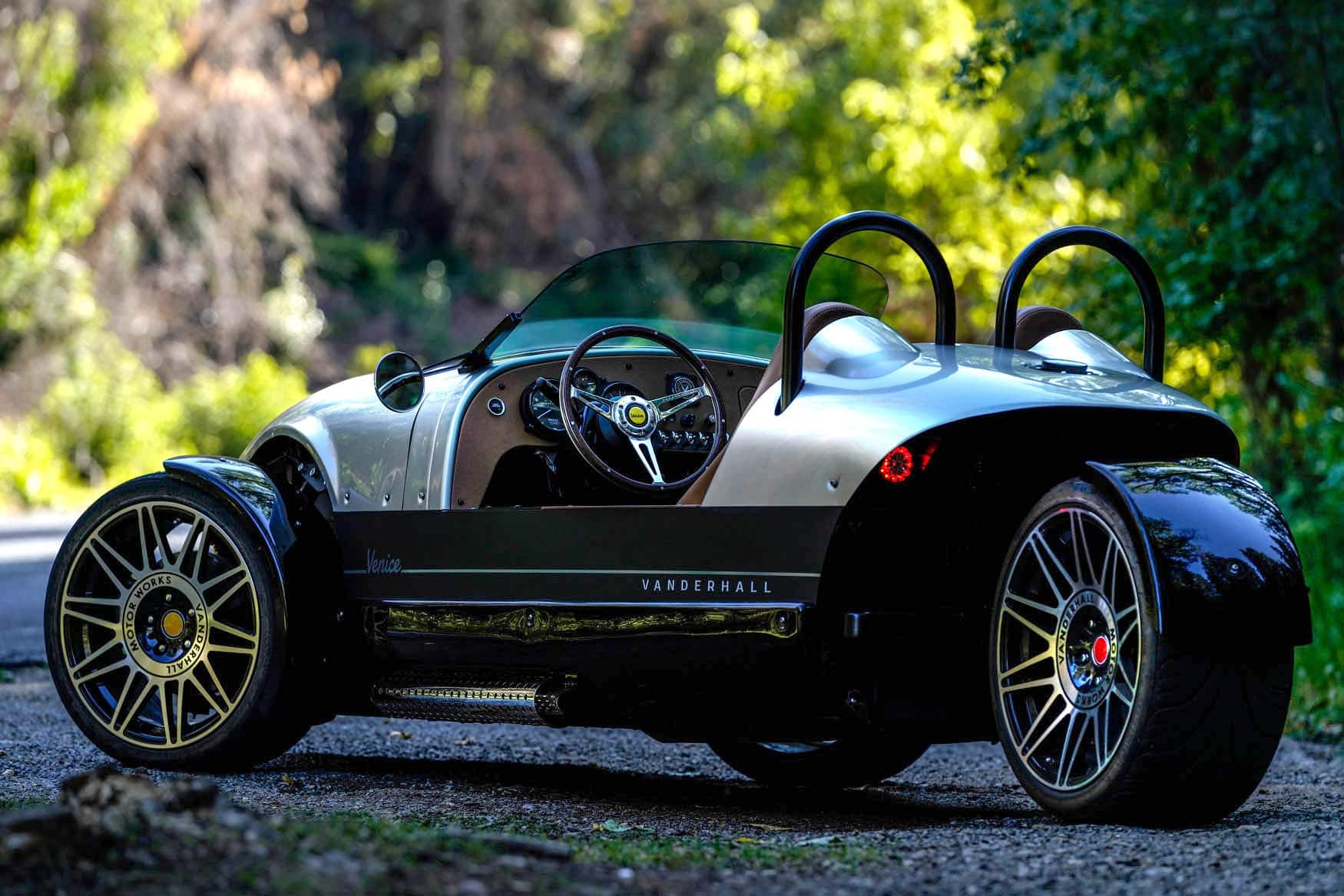 When most of us think of three-wheeled vehicles, trikes come to mind. Commonly referred to as a delta design, it is basically a motorcycle with two rear wheels, and one front wheel, combined to createa bit more stability than a conventional motorcycle and negating the need to balance. These have been around since almost the beginning of vehicle development when manufacturers were looking for lighter, cheaper and sometimes, ways to avoid taxation on larger, four-wheel automobiles. They come in such a variety of styles and shapes (homemade to mass produced), that the only common factor among trikes/delta platform vehicles is that they share an unfortunate characteristic; they have a high center of gravity and become unstable under certain circumstances if not paying attention to speed and terrain.

Vanderhall is the only road-legal automobile manufacturer in Utah and one of the most popular post-recession businesses. Their three-wheeled vehicles are innovative, sleek, and sexy. Vanderhall first began working on a prototype in 2010 under leadership of Steve Hall, a car dealership owner who felt there was something missing on the highway. Utilizing federal safety and manufacturing standards that apply more to motorcycles than cars, Hall found the balance of affordability with speed and comfort in his new vehicle design. Since the sale of its first vehicle in 2016, Vanderhall has been following its seven-phase growth plan to expand its Provo-based manufacturing capabilities.

At Vanderhall, they believe they have created and revitalized a driving experience that returns the motorist to the golden age of motoring – driving for the sake of driving. In the early days of the automobile and the motorcycle, the thrill was in the feel of the road in a vehicle that made you want to be a part of it. If they could place one of our vehicles back in time, to early days of motoring, the men and women then would marvel but feel it belongs. The timeless body lines and elegant grace are also perfectly suited to be on the road today. The road is calling again, and a Vanderhall roadster is your means to answer that call. Take a step into the world of Vanderhall today with performance, class and style.